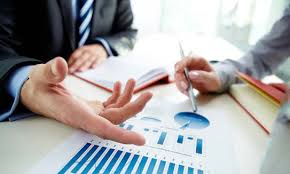 The Committee on Foreign Investment in the United States (CFIUS) is an interagency committee established in 1975 that oversees foreign investment in the U.S. economy. In 1988 CFIUS granted the Executive Office of the President nonreviewable authority to block foreign investments that may present national security concerns. In 2018 the U.S. Congress passed the Foreign Investment Risk Review Modernization Act of 2018 (FIRRMA). FIRRMA codified, among other things, CFIUS’ jurisdiction over transactions arising from bankruptcy proceedings, such as a bankruptcy 363 asset sale. In the year since FIRRMA, CFIUS reviews have become more common place and affect certain transactions that may have implications for companies who find themselves participating in a bankruptcy 363 sale.

Recently, transactions that involve the sale of personal data to foreign companies have gained more attention, and CFIUS reviews are happening with more frequency. Most transactions submitted to CFIUS are cleared. However, recent statistics have been less positive, particularly deals with a Chinese buyer or deals where companies handle personal data. For example, in April 2019 a U.S. health care company that collects personal data on approximately one million clients announced that CFIUS was forcing its Chinese majority shareholder to divest its interest. With transactions resulting from a bankruptcy proceeding now codified under CFIUS, increased focus on such transactions is likely and can affect more bankruptcy 363 asset sales. Companies that deal with personal data should be particularly aware of the concerns CFIUS may have as a result of a pending asset sale.

CFIUS reviews can also affect the timing of a sale. For example, a U.S. developer of alternative energy technologies announced that CFIUS determined that it would extend the investigation period for a merger with a U.S. subsidiary of a Danish company. This pushed back the closing date and created uncertainty about whether the transaction would go through. Bankruptcy 363 sales may also have to endure longer review periods before a sale becomes final.

It is also possible for CFIUS to reject the filing. A rejection may occur if a filing is not complete, if there is a material change in the proposed transaction, or if material information becomes available that contradicts the information previously provided. If CFIUS finds that the transaction would present a national security risk, then CFIUS may impose conditions on the transaction or may refer the case to the president who may block the transaction.

The CFIUS review process and lengthy review periods should not discourage debtors from selling to foreign entities or dealing in assets that involve personal data. There are some measures parties can take to alleviate some of the pressure a CFIUS review may place on a bankruptcy 363 sale. The parties may want to consider communicating with CFIUS early in the process. Informal communication with CFIUS can provide valuable insight into what may cause concern under a CFIUS review. If parties can anticipate the national security concerns CFIUS may have as a result of the transaction they can proactively provide possible solutions when filing their application for approval. While this will not guarantee that the sale will be allowed, it can give both parties greater piece of mind during the review periods and hopefully avoid a rejection.